One area, a mechanical room that is even lower than the main sub-basement on the side toward “The Crossing”, is nearly ready for a concrete floor to be poured. The area has been backfilled with gravel, special concrete has been poured to seal the bases of pipes that will penetrate the floor, waterproofing membrane has been installed, and rebar mesh is in place in part of the area. Concrete-block walls that surround the back entrance to the 350-seat lecture room are also under construction. There is no longer a large open excavation because lots of things have been built within it.

Mock-up. The mock-up in parking lot 45 has been on hold for some time because of issues regarding how concrete floors containing spherical voids will be finished and whether the appearance will be satisfactory after they are poured. These issues were partially resolved at a meeting last week. The “bubble deck” of empty plastic spheres and reinforcing steel that holds them in place has been installed on the second floor of the mock-up and the plan is to pour concrete over this deck on Tuesday this week. After the pour it will take some time before the concrete cures and finishing will be complete. Let’s hope for successful completion of this operation because it will determine what lab and corridor floors will look like in the finished tower.

Street Closures. Dayton Street remains closed between Charter Street and Park Street, and this closure continues to block northbound Mills Street at Dayton. Beginning Monday, July 22, more of Dayton Street will be closed—from Park Street to Frances Street; this closure is expected to last three weeks. Beginning Tuesday, July 23, Charter Street will be closed north of University Avenue, so, although Charter is now open (except for one lane) up to University Avenue, all traffic will have to turn left at that point. To get to Observatory Drive requires going west to Babcock Drive, or going east to Park Street on Johnson Street. Plan ahead if you need to drive to Bascom Hall! 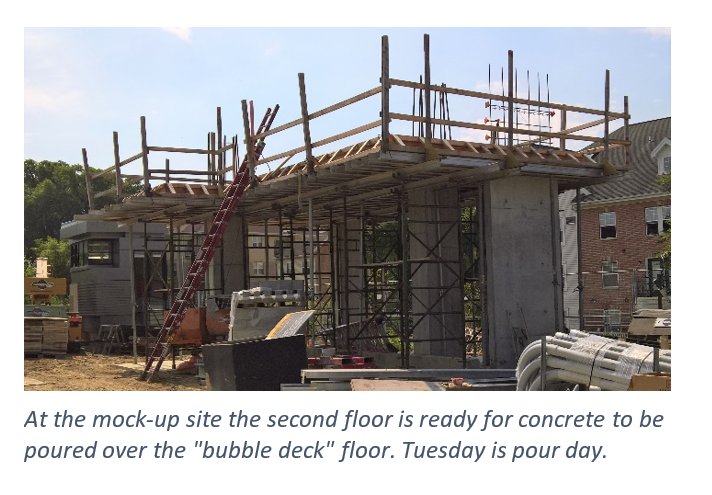 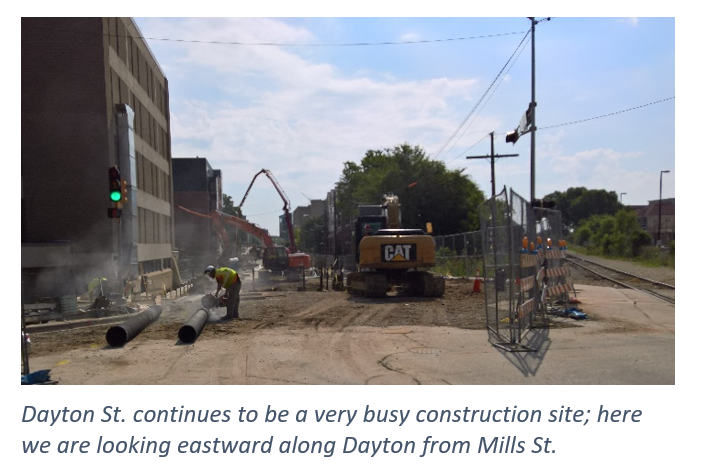 Loading Dock. The loading-dock will be closed Monday morning and there may also be short interruptions at unpredictable times.