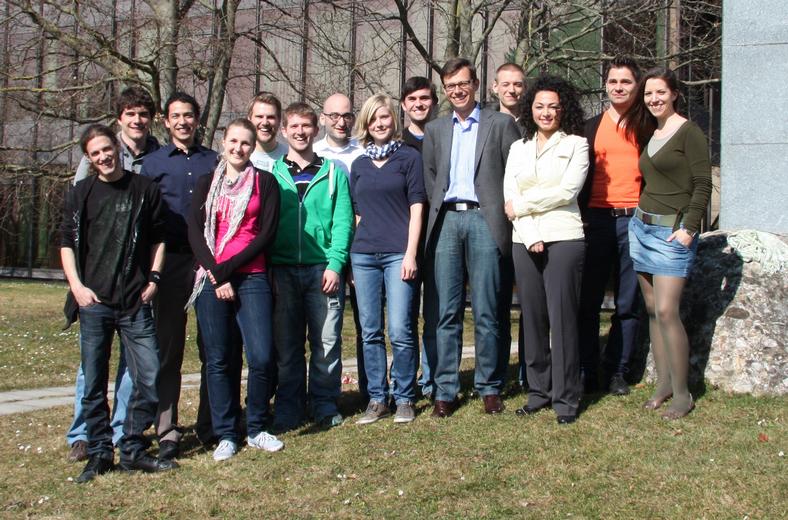 In January, Associate Professor Ive Hermans and members of his research group will make the 4,400-mile journey from Switzerland to Wisconsin to join the UW-Madison Department of Chemistry. Since 2008, Hermans has served as assistant professor at the Swiss Federal Institute of Technology Zurich (ETH-Zurich), where he also completed a postdoctoral fellowship. He had previously earned a Ph.D. and M.Sc. in physical chemistry and a post-graduate degree in business administration from University of Leuven (KU Leuven) in Belgium. Hermans’ catalysis research efforts will complement the department’s growing focus on catalysis.

“Ive brings a unique skill set to our department and campus,” Professor Shannon Stahl says. “Few individuals bridge the gap between chemistry and engineering in the way that Ive does. And, his connections to the chemical industry, especially at this early stage of his career, are quite rare among chemistry faculty in the U.S. The students will benefit immensely from interacting and working with him!”

Read on to learn about research in the Hermans group, Hermans’ interest in collaborations with industry, and the part of Belgium from which he hails.

Q: What is the focus of your research?

IH: My team focuses on sustainable chemistry and catalysis engineering. We try to mechanistically understand reactions that are of (potential) industrial interest, and to use those insights to improve the synthesis of important chemical building blocks. Those improvements might come from the catalyst side or might come from a more suitable reaction engineering.

Q: What most excites you about coming to UW-Madison?

IH: One of the things that I immediately appreciated, besides the collegial atmosphere, is that people recognized the opportunities at the intersections between disciplines. I’m very excited that the engineers also supported me for a dual appointment. It is clear that both the chemistry and chemical engineering departments are highly valued in the academic and industrial communities. It is a pleasure and an honor to become part of that family.

Q: What do you hope to contribute to the department?

IH: I hope to complement the very strong catalysis community in Madison and to further strengthen the interactions with the chemical engineering department.

Q: What role do industry partnerships play in your work?

IH: I very much appreciate interacting with industry. Not only because they sponsor research, but also to stay connected to reality. Also, students usually appreciate it when they get a chance to interact with people from industry.

Q: What chemist or scientist has played the largest role in inspiring your work?

IH: Several people I have met during my studies and professional life have made deep impressions on me, both in academia and in industry. But I’m not really the groupie-type who just admires that one rock-star scientist. One thing I have noticed is that really serious people don’t take themselves as seriously as their work. All the people I admire have a healthy sense of humor and self-realization.

Q: Where are you from?

IH: I’m originally from the Flemish part of Belgium. As you might know, we have a Flemish (I would call it sophisticated Dutch) and a French-speaking community in Belgium. Once in while the differences between the two communities get Belgium in the news, for instance after the elections in 2009, when it took more than 500 days to form a government. I often joke about it and say that the situation is hopeless but not serious. At least there is great Belgian beer and chocolate. Of course the Belgian chocolate is much better than the Swiss chocolate that I was subjected to during the last 5 years when I was a postdoc and an assistant professor in Zurich, Switzerland.

Q: What do you enjoy doing outside of work?

IH: My wife and I enjoy travelling and good food (a consequence of growing up in Belgium). I try to do some sports and we have a small dog that is very good in attracting our attention.