Although the exterior of the new tower is now fully enclosed and looks great, there remains much to do inside the building. Consequently, the date when we can move into the new tower (and out of the basement, first, and second floors of the Daniels wing) has been postponed until early July. This gives us an extra month to prepare for moving, but it reduces the time available after the move to prepare for in-person classes in the fall semester. 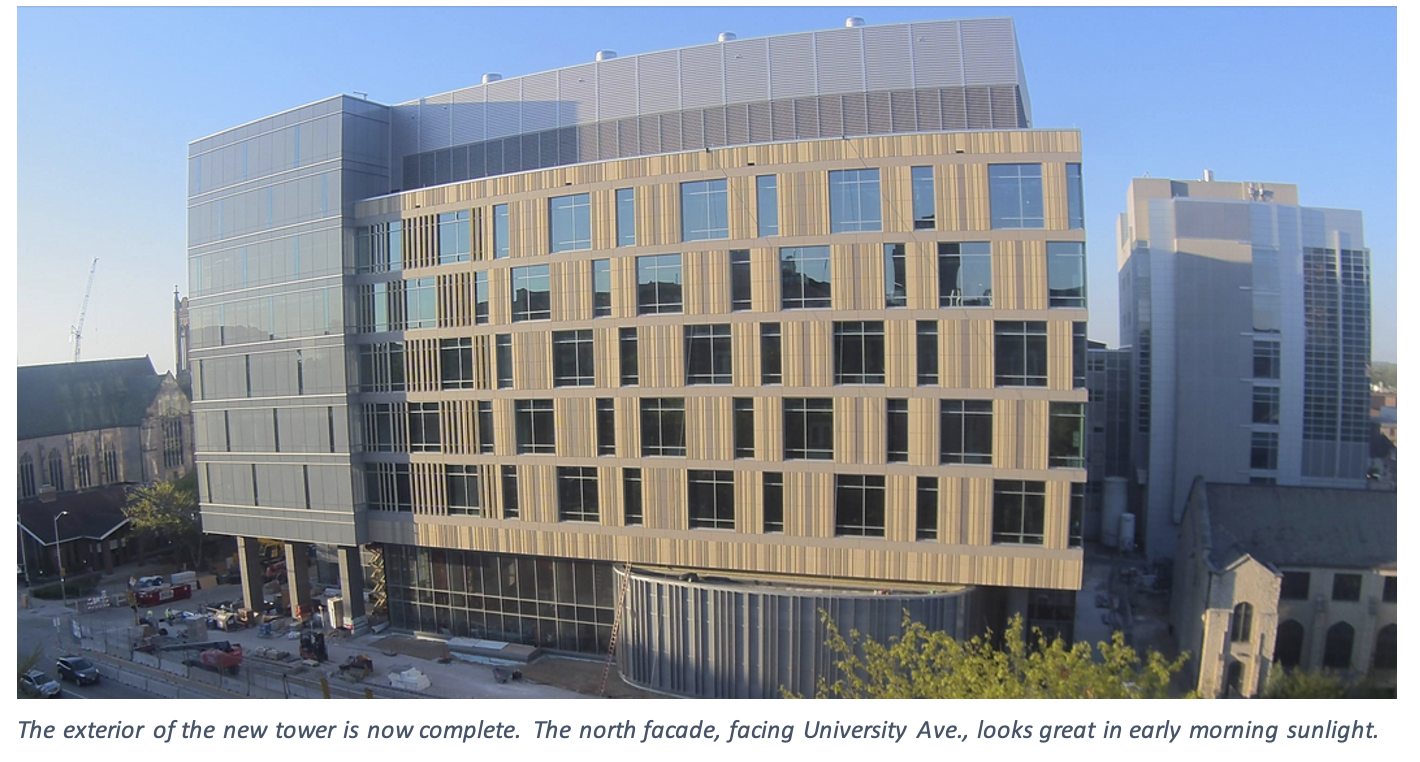 Inside the tower more than a hundred workers continue to finish infrastructure and decorative elements of the lecture rooms, laboratories, and other facilities. The photos below show that there is still a lot to do; they help explain why we need to wait a bit longer before occupying the building.

Because of the delay in tower completion, our move-in will now be in July rather than June. The description below indicates how complicated the moving process will be. We greatly appreciate the hard work that a lot of people, especially lab directors and lab techs in our instructional program, are doing to make this move happen. Many others whose offices are in Daniels B, 1, and 2, or who will have new offices in the tower have also contributed. Here is a summary, first in words, then in a diagram, of the major facilities we need to move within a roughly four-week period:

Once the Daniels wing has been renovated—in about a year—the facilities that move temporarily this year will move into newly renovated space in Daniels. Advanced analytical and physical chemistry labs will also move to their final, new homes in the tower sixth floor. Time will tell, but if the efforts already put in by our staff are any measure, moving should be a great success.

The Mathews wing is still a construction zone as the construction team addresses the problem of the collapsed exhaust duct. As soon as we know when the building can be safely occupied, an email bulletin will be sent.

The final step in the heart-lung transplant that is improving ventilation in the Mathews and Daniels wings is to switch all fume hoods in floors three to nine in the Daniels wing to the new exhaust fans in the tower. This construction activity requires a rolling series of 3-day fume hood shutdowns, which will occur on Tuesday, Wednesday, and Thursday of each week. The schedule for this work has also been postponed; most likely the work will be done from mid-June through early August.

The Shain and Mathews wings will not be affected by these exhaust interruptions. In the Daniels wing, only exhaust from the designated labs will be shut down. Other utilities (electrical service, process cooling water, nitrogen) will operate normally.

Many different construction activities are simultaneously affecting our building complex. Because of the change in the date for completion of the new tower, this schedule no longer applies. By next week we ought to be able to update it. 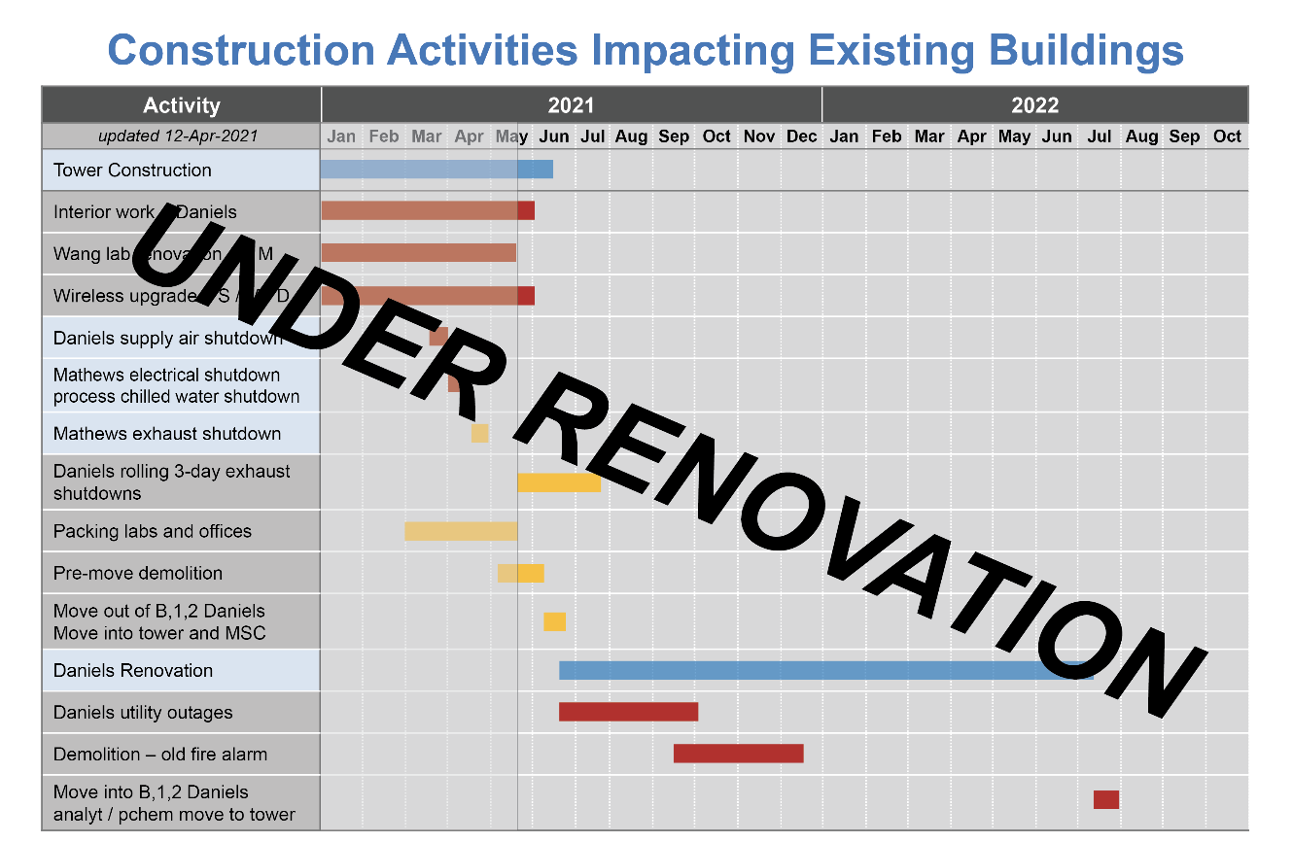