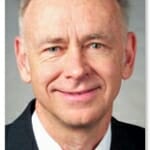 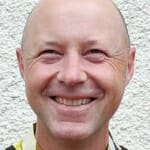 The J.J. Sakurai Prize is considered ­­one of the most prestigious annual prizes in the field of theoretical high energy physics. Barger, who joined the UW­–Madison faculty in 1965, is a world leader in theoretical particle physics where theory meets experiment. He is one of the founders of collider phenomenology as it is practiced today.

The techniques that Barger helped develop have been crucial in establishing the experimental foundations of the Standard Model of particle physics and in guiding the search for signals of new physics. His contributions have played a key role in many important milestones in particle physics, including the discovery of the W boson in 1985, the top quark in 1995, and the Higgs boson in 2012.

Zanni, the Meloche-Bascom Professor of Chemistry, won the Earle K. Plyler Prize for his work on ultrafast, nonlinear visible and infrared spectroscopies and infrared pulse shaping techniques. His work helped create methods to advance two-dimensional infrared spectroscopy, used to study biophysics, chemical physics, photovoltaics, and surfaces. His work has led to insights into diseases like diabetes and cataracts. In 2012, Zanni founded PhaseTech Spectroscopy Inc. to commercialize the technology he pioneered.