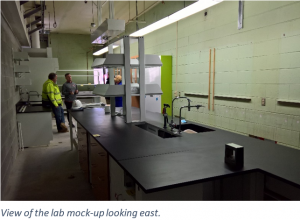 Lab Mock-up. A sampling of representative fume hoods, lab counters and casework, cabinets, sinks, and cabinets has been available since Wednesday of last week for examination by those who will be overseeing our new laboratory facilities. The lab mock-up shows that we will have great-looking facilities when the tower construction and Daniels renovation are completed. It also affords an opportunity to find glitches in the design or implementation of our new labs. This Wednesday we will be hosting members of the design team to work with them to make certain that our new labs support learning in the best way possible. 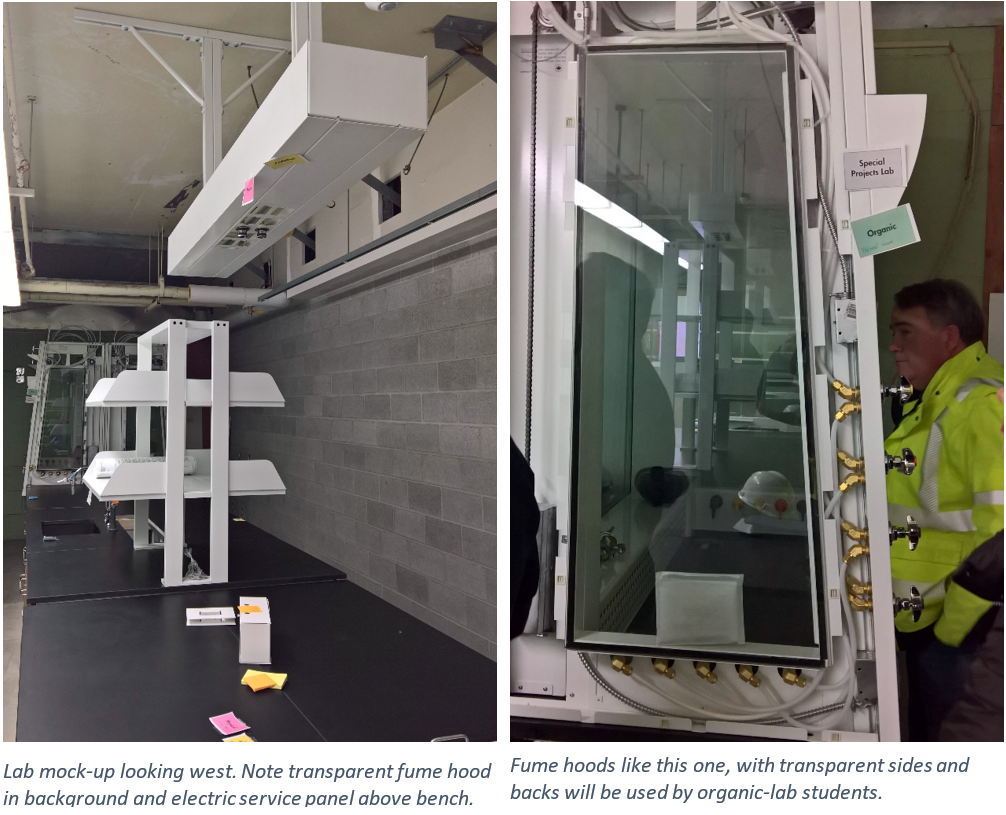 New Tower. Concrete has now been poured for roughly half of the fifth floor in the tower; the rest is scheduled for this week. The tower fifth floor is at the same level as the fifth floors in our existing buildings, which means that the new tower is rapidly overtaking Mathews in height. By the end of this semester the tower will reach its full vertical extension.

Fire Sprinkler Project. Installation of fire sprinklers and fire-safety equipment on the eighth floor has gone very well—well enough that the installers expect to be able to do one side of each floor in a week instead of two weeks! This means that when it is time to move out of a lab temporarily, the move will only be for one—not two—weeks. It also means that the overall project can be completed more quickly than we expected. Both are big pluses for our department. 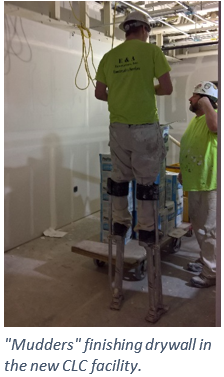 Chemistry Learning Center. Work on the new home of the CLC is on schedule for occupancy early this summer. This past week walls were in place and “mudders”, some on stilts, were finishing the plasterboard joints and screw holes to make the walls look nice.

Dayton Street has now fully reopened. Don’t forget to watch for traffic when walking or biking across Dayton Street.

Loading Dock. There is no scheduled closing of the loading dock this week. There may be brief closures at unpredictable times.