New Tower. The tower is now rising above ground level and preparations are being made for pouring concrete for the part of the second floor that will become the new information commons (library). Much shoring has already been erected and soon concrete forms will be put into place for this floor. Pouring the floor is scheduled for Wednesday, November 6. The view of University Avenue from the loading dock is rapidly disappearing. 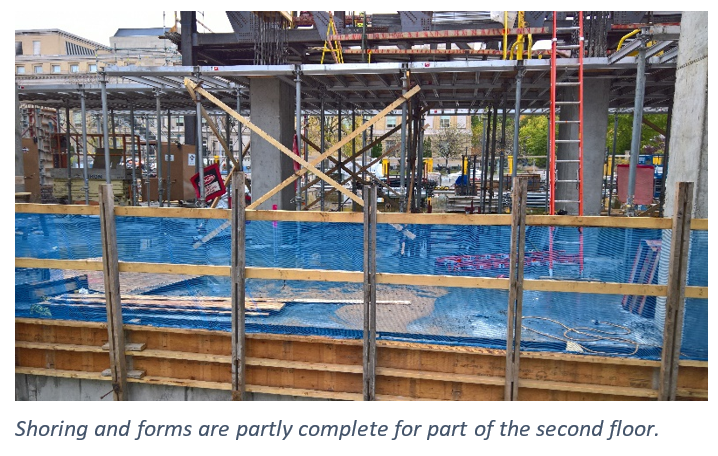 All large concrete pours are done using a pump truck (which sometimes need to block the loading dock) but smaller ones, such as columns and walls, are done using a concrete bucket that is filled by concrete trucks parked along either University Avenue or Mills Street. The filled bucket is then lifted and moved to the appropriate site by the tower crane or a mobile crane. The crane holds the bucket in place while workers direct concrete into forms. 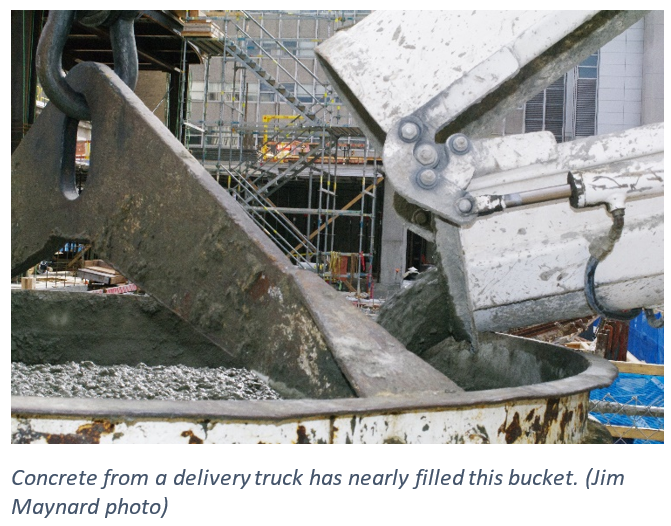 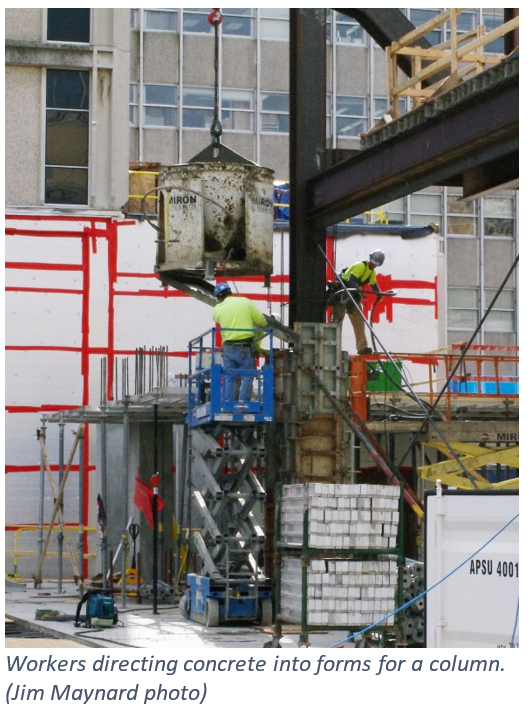 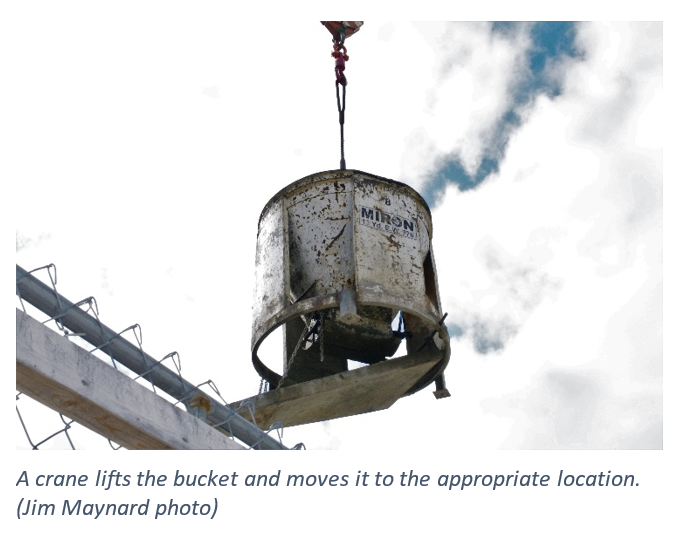 Last week several columns were poured and rebar mesh was installed in preparation for pouring an area along Mills Street that will become the sidewalk outside the main entrances to the new tower. Some of the concrete walls that need to be poured are so close to the north end of Daniels that a special steel form has been fabricated to replace the normal wood forms. This form will be used on each floor and then raised to the next floor—all the way up to the top of the tower. 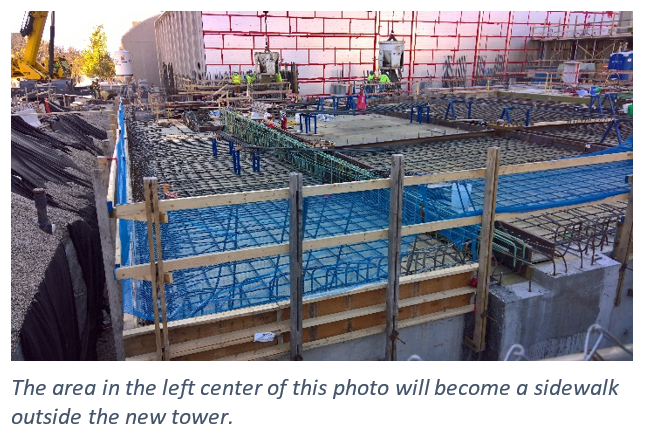 Some progress isn’t visible without descending several ladders to areas that are obscured by floors already poured. There are mechanical rooms in the basement and sub-basement of the tower on the side next to “The Crossing” where air handling equipment is now in place. These huge units had to be taken apart, moved in pieces, and re-assembled in the sub-basement area. Also, in this area is a sump that collects water from the new building site. New pumps were installed in this sump last week to pump the water to a storm drain through PVC piping. A couple weeks ago a heavy rain filled the sump more rapidly than the pump could remove it. Water overflowed the sump and leaked into the Daniels sub-basement. Just one of the new pumps should be adequate to handle even the heaviest rainfall; should that not be sufficient, the second pump will kick in.

The loading dock will be closed all day on Tuesday and Wednesday this week for backfilling of gravel around the sub-basement and basement walls. These walls have now been waterproofed and insulated so gravel can be filled outside them almost up to the first-floor level. Once that has been done the railings around the tops of the walls can be removed, waterproofing and insulation can be installed higher up, and additional backfill will complete this aspect of the job. 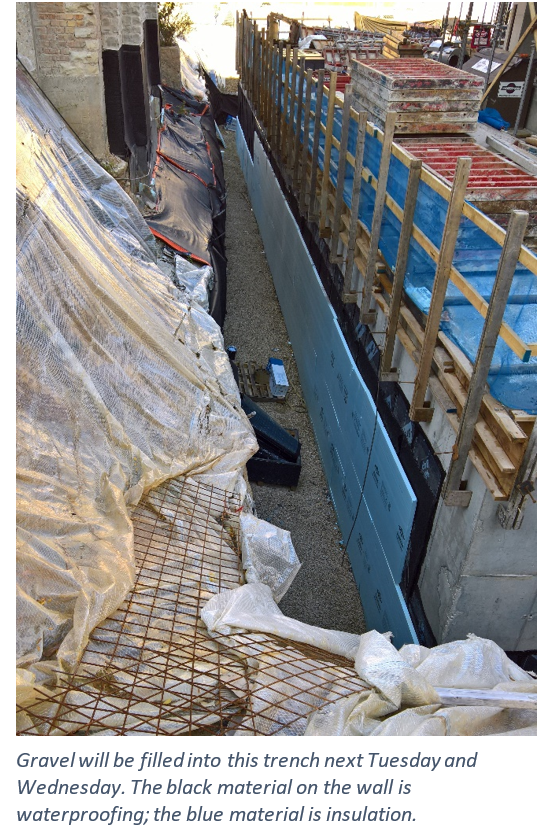 Loading Dock. The loading dock is expected to be closed Tuesday and Wednesday, October 29 and 30, because a conveyor will be moving gravel to backfill around basement walls of the tower. Another closing is planned on Wednesday, November 6 for a concrete pour on the second floor (information commons area). There may be brief closures at unpredictable times.