New Tower. Last week concrete was finally poured for what will be part of the basement floor in the tower. After being postponed from the week before, scheduled for Tuesday, rescheduled for Wednesday, and re-rescheduled, the concrete was finally poured last Thursday. The concrete pump truck was in the loading-dock area from early in the morning until about 11:30 am, during which time a parade of concrete delivery trucks came into and out of the loading-dock driveway. When fully extended, the arm of the pump truck is longer than Shain tower is tall.

The area where concrete was poured includes the floor of a mechanical room behind (west of—toward “The Crossing”) the 360-seat lecture room. This floor is above a ramp in the sub-basement that provides access to the rear of the lecture room. Also included were floors for the west side of the basement corridor, basement rest rooms, and electrical and communications rooms. 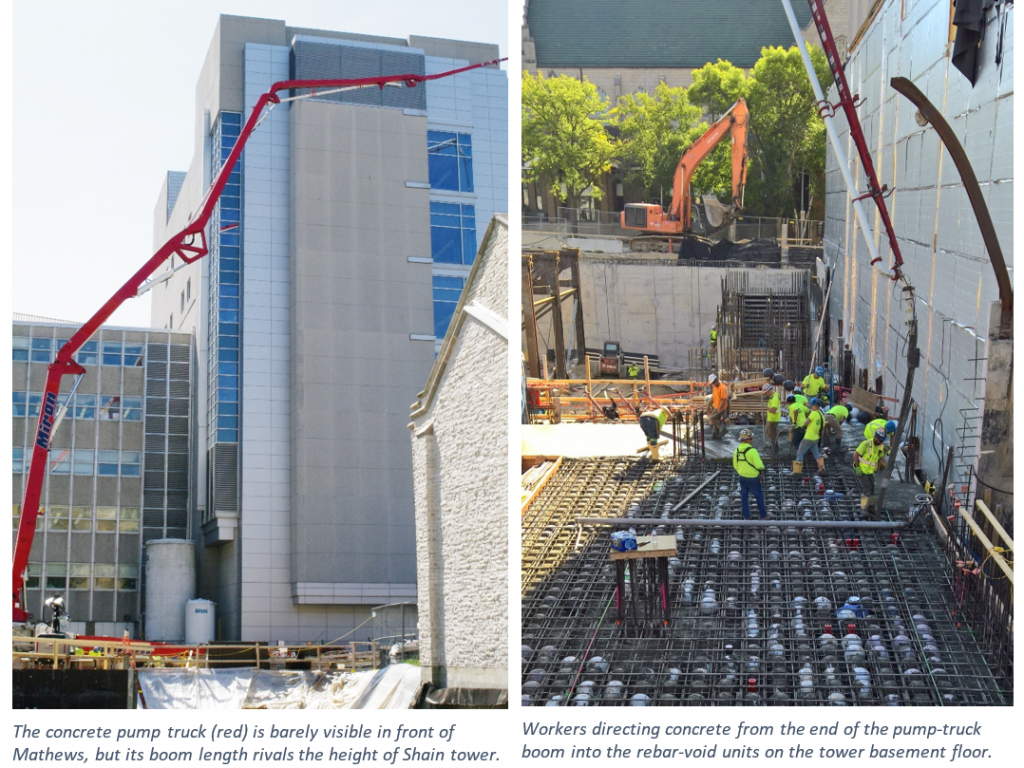 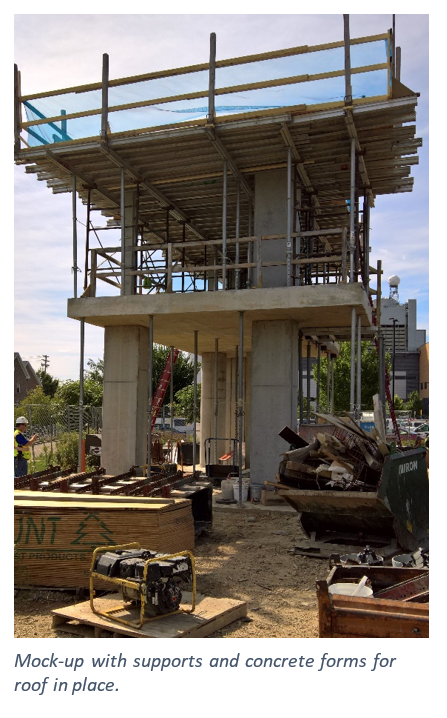 Mock-up. The mock-up in parking lot 45 is where building techniques are tested to make certain they will produce what the design team envisioned (and what we want—a top-notch building). The second floor of the mock-up tested the voided-slab concrete technique and showed that a good concrete surface can be obtained. Columns and a wall were recently built on the second floor and this past week supports and concrete forms for a roof were added. We expect the roof to be poured this week, which will require a concrete pump truck in lot 45.

Loading Dock. There are no loading-dock closures scheduled this week. There may be short interruptions at unpredictable times. Remember that a four-day closure (Thursday, Friday, Saturday, Sunday) is planned for September 12 – 15 so that the driveway to the loading dock can be paved with asphalt.