New Tower. Most of the excitement this week involved installation of two 50-ton trusses and several cross members on the steel columns that were erected several weeks ago.

This process began with preparation of gravel pads to support the weight of the large mobile crane that erected the tower crane last week. The crane was moved into the excavation and set up on the pads. Then the two trusses, which were fabricated in Stoughton, were each brought to the jobsite on an oversize flatbed truck. Each truck backed down the ramp into the excavation where the mobile crane could lift the truss from the truck. Workers then did preliminary work to prepare the trusses for attachment to the columns. 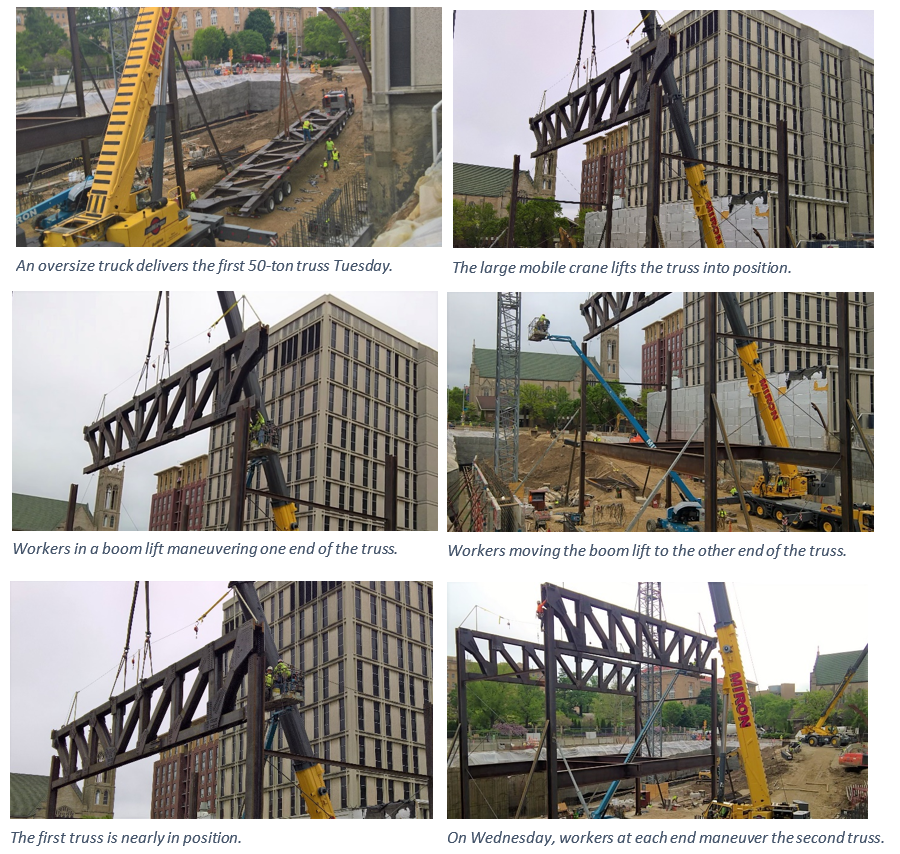 The first truss was lifted into position slowly and carefully at about noon Tuesday. Ironworkers in close collaboration with the crane operator gently eased the truss into position—no mean feat maneuvering nearly 100,000 pounds of truss while in a rather wobbly telescoping boom lift and hanging onto a steel H-column, even with a safety harness. By Tuesday afternoon the first truss was bolted to the steel columns. At about 8:30 Wednesday morning the second truss was lifted into place. Later in the day cross trusses were installed to connect the two main trusses and stiffen the overall assembly.

By Friday many more cross beams had been installed. The 50-ton trusses are needed to support the research floor and four teaching floors, as well as the ninth-floor mechanical penthouse above the large open spaces of the Learning Studio (first floor) and 360-seat lecture room (sub-basement and basement levels). The framework at the bottom of the photo on the right just above this paragraph will be the floor of the Learning Studio. The tops of the trusses are at the level of the fourth floor (research floor). We now have visible progress in building the new tower.

Excavation. With the tower crane now in operation and the mobile crane still in the excavation, there were times this week when three cranes were operating simultaneously in the work area. However, this will not continue for long. Now that the tower crane is up there is less need for heavy equipment to move into the excavation. Consequently, during the next couple weeks the ramp down into the excavation will be removed. After that the tower crane will move materials and equipment into and out of the excavation. As a means of orienting yourself to the new building as it takes shape, the concrete base of the tower crane is below what will become the new Lecture Demonstration Lab. The crane tower is outside the first floor and upper floors of the new tower (which will make it easier to dismantle) but the sub-basement level extends under what will be new sidewalk along University Avenue—that is, to accommodate the large lecture halls the sub-basement and basement levels have a bigger footprint than the rest of the new building. 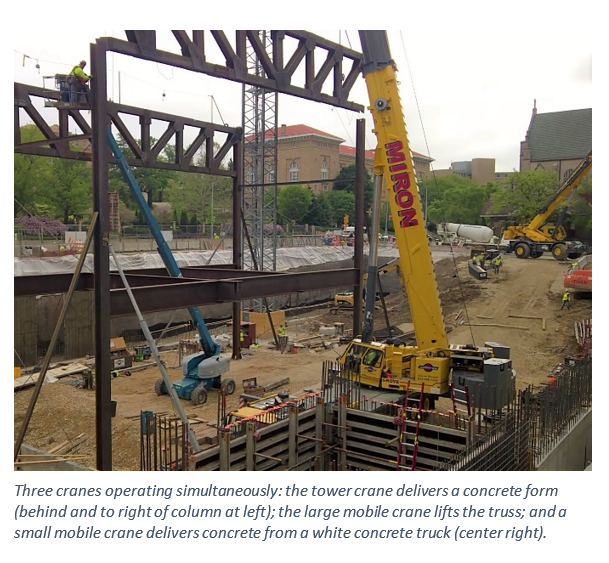 Mock-Up. The mockup near the power plant now has concrete on grade and forms are being installed to pour concrete for the second floor. Concrete poured on site at Wingra Stone Company has been polished but the process needs further development to meet Miron’s standards so this work is ongoing. 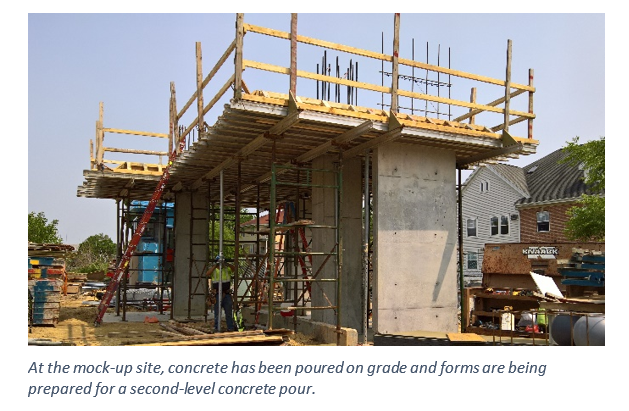 Mills Street and Sub-Basement. This week stones were removed from the roof of Daniels, with a hose extending all the way down from the ninth floor to street level. In the sub-basement, the new concrete floor was poured and the area looks more like it did before the excavation. Soon new walls will divide this space into different mechanical rooms. 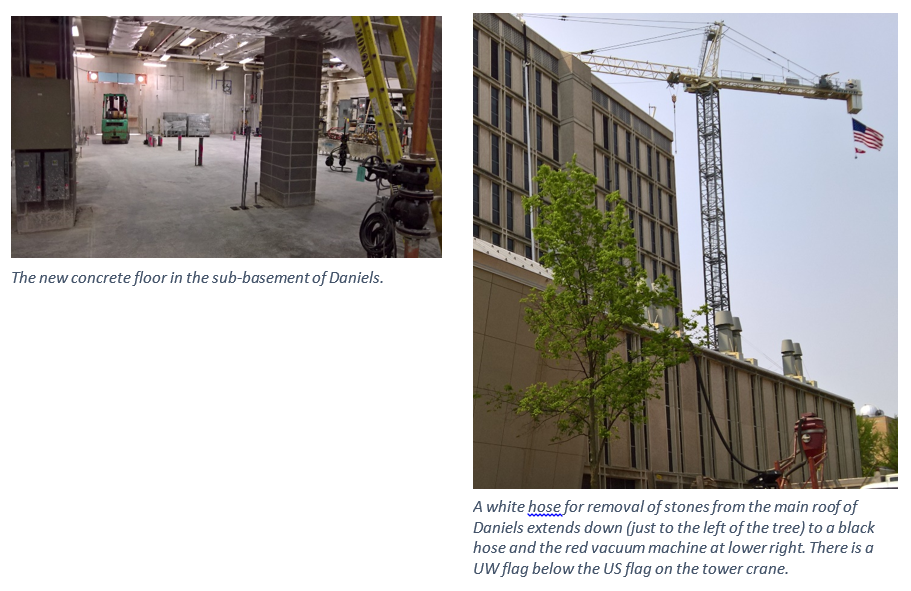 Loading Dock. The loading dock is scheduled to close Tuesday to allow backfilling along the driveway wall (which did not happen last Thursday); also, there may be short interruptions at unpredictable times.