Tower Crane. The tower crane is up!

On Friday night, all day Saturday, and through Sunday afternoon a crew of about a dozen Miron workers spent their Memorial Day weekend finishing the crane that will make it much quicker and easier to move construction materials around the site where the new tower is going up. Friday night University Avenue was reduced to two lanes so that the large mobile crane could move into the street and lift the horizontal part of the tower crane (the jib and counter jib) into place. 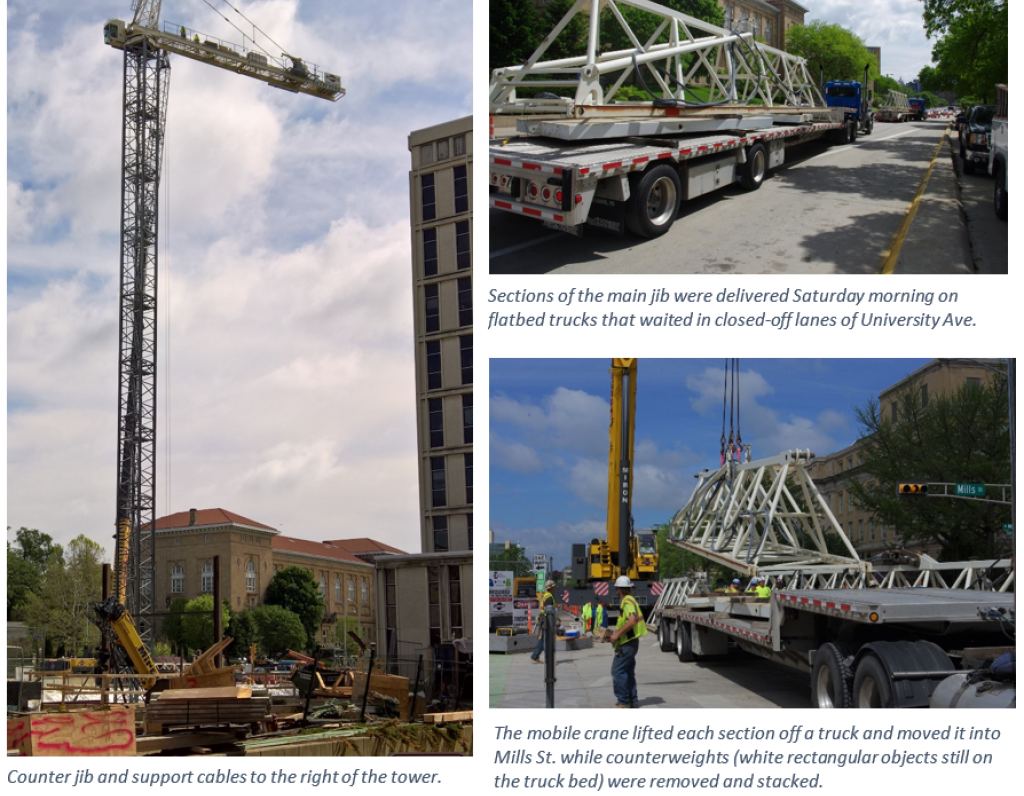 Early Saturday morning work began with lifting the counter jib into place. Next, the main jib was assembled in the street in two sections. The shorter section was raised at about 1 pm and its support cables were installed. Then the trolley that runs along the bottom of the main jib was raised and four workers 265 feet above the bottom of the excavation wrestled it onto its tracks and rolled it toward the tower. The tower crane rotated 180o so that a counterweight could be added to the counter jib; the counterweight was added to balance the weight of the longer section of the main jib. 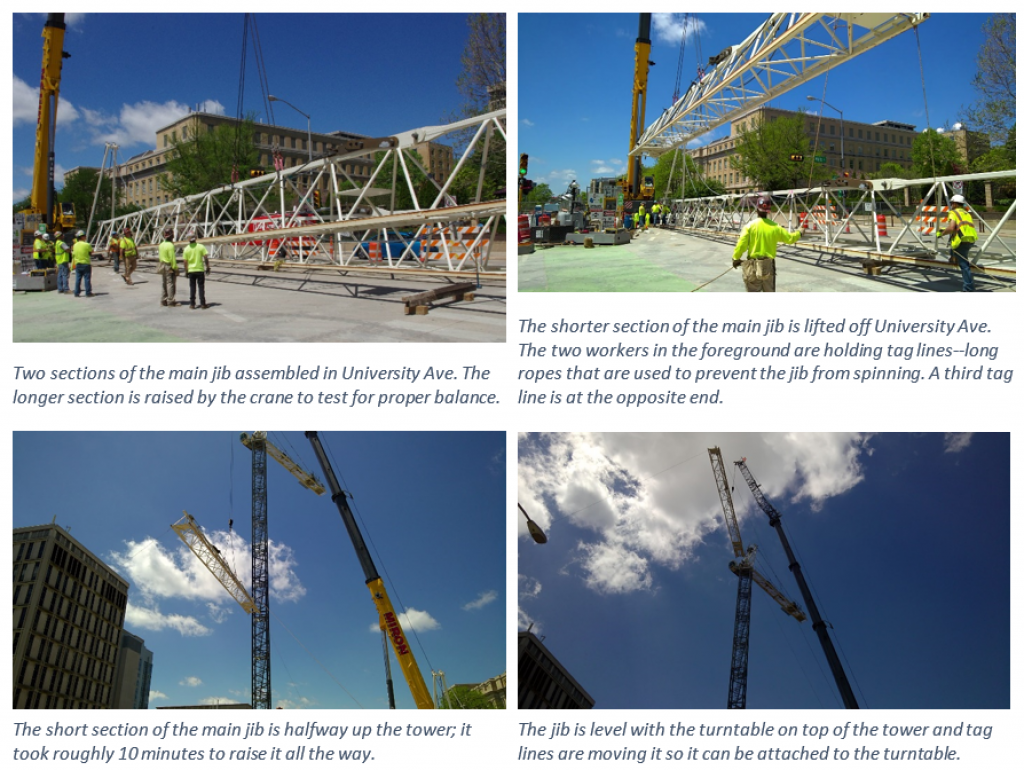 By 3 pm Saturday the winds were above 30 mph at the top of the tower—way too high to safely lift the longer section of the main jib, so that operation was postponed until Sunday morning.

By 7:30 am Sunday the longer section of the main jib was being attached to the shorter section. Again, tension cables were installed to support its weight. Once the main jib was complete more counter­weights were added to the counter jib to balance the weight of the loads the crane will move around the site. By Sunday afternoon the tower crane was complete, and the mobile crane was moved back into the excavation in preparation for installing the 100,000-pound trusses that will support the building above the larger lecture room and learning studio. Installation of the trusses will happen this week.

The large mobile crane that installed the tower crane and will install the trusses this week was made in Germany and cost about $2 million. Up to 230,000 pounds of counterweights can be added behind the operator’s cabin, allowing it to lift very heavy loads, such as our trusses. The crane telescopes and has a separate extension that can be detached and placed on a flatbed semi, allowing the crane to move from site to site. To permit it to turn sharp corners, such as getting from Mills Street into the excavation, both front and rear wheels steer. This is a very impressive piece of equipment!

Mills Street and Sub-Basement. Removal of stones from the flat roof over the second-floor labs on the Mills Street side of Daniels took place last week and fortunately the noise was less than expected. Concrete was poured to extend the wall of the north area well. In the Daniels sub-basement the floor has been leveled and this week concrete will poured to restore the floor. Soon walls for the new rooms will be built. 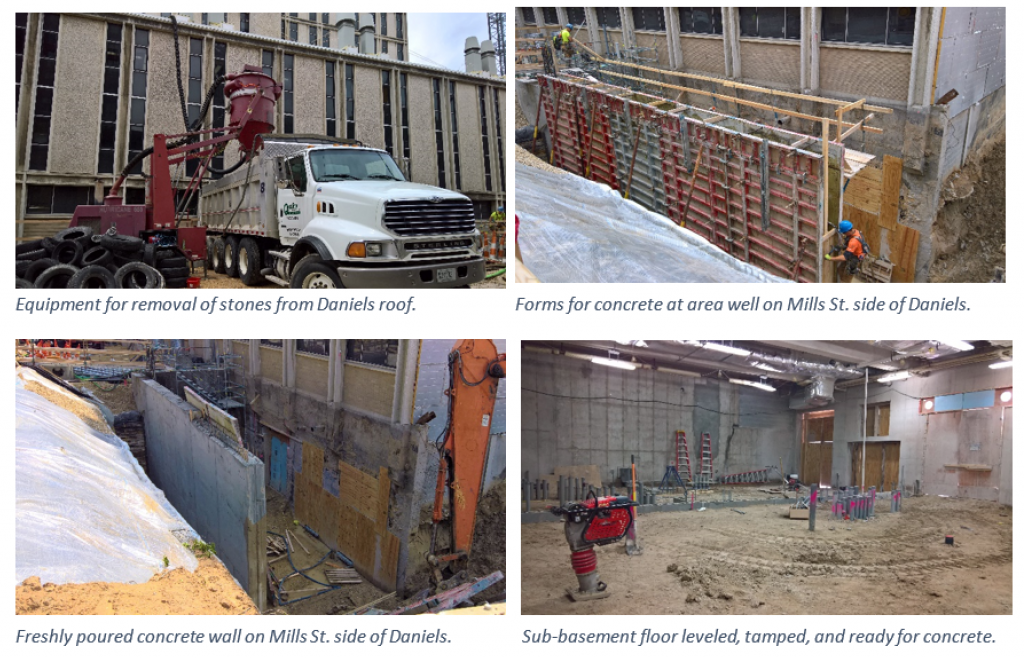 Loading Dock. The loading dock is scheduled to be closed Thursday to allow backfilling along the driveway wall; also, there may be short interruptions at unpredictable times.

This information is up to date as of Monday afternoon. Email bulletins will be provided as needed.
John Moore and Bob McMahon