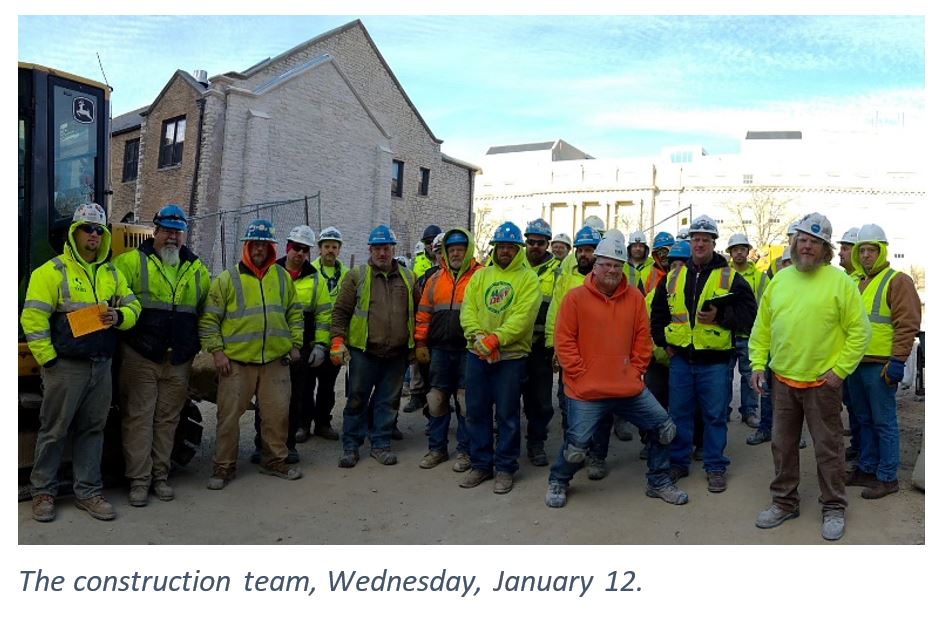 Construction of our new instructional facility is now in full swing and a lot of workers are on the job. The photo below shows those who participated last Wednesday in the weekly safety meeting for the jobsite. Remember that nobody is allowed on the jobsite without a hard had, bright-colored safety clothing, and safety glasses. Anyone entering the site is required to sign in (and later sign out) so that in the event of an emergency everyone on the site can be accounted for. For the time being this means that none of us can leave the building via the loading dock because the only way to a street is through the construction area.

Last week there was a brief closing of the loading dock so that Miron Construction could move a larger construction trailer into the area behind the loading dock. There are now two trailers in that location; they provide space for administrative functions of the construction team. Sign-in logs for anyone on site are also in the trailers.

Some things that nobody can see have potentially large impacts on our facility. Last week a cross-connection of water pipes 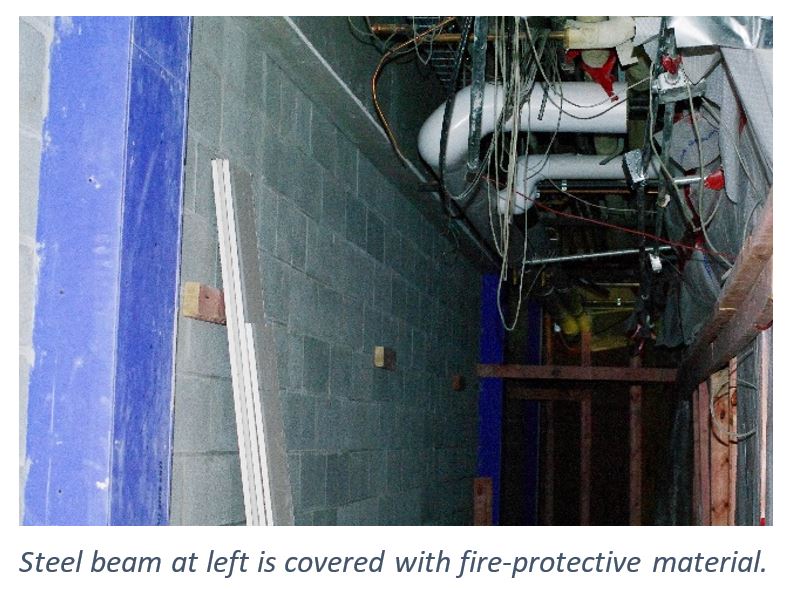 was made between Daniels and Shain so that the fire department can provide water throughout our complex of buildings from either the Mills Street side (Daniels) or the Charter Street side (connection to Shain along the driveway to the loading dock). Also, steel beams in the concrete block wall at the north end of Daniels have been covered with a fire-protective material. These are major steps in ensuring everyone’s safety, should there be a fire. 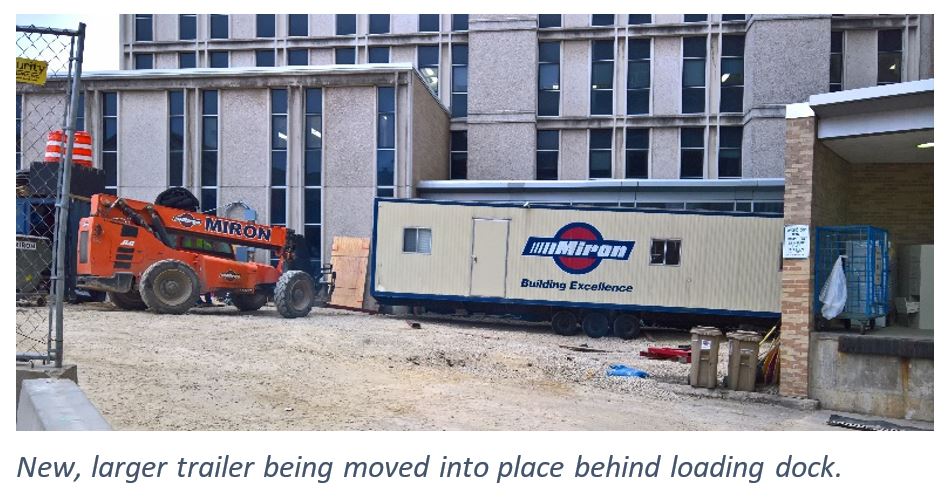 Demolition and construction are moving rapidly on the west, north, and east sides of the Daniels wing. On the Charter Street (west) side, a set of electrical/communications ducts has been installed,

connecting a manhole outside the psychology lecture rooms to an area across from our loading dock. The ducts will eventually be extended to the new tower to provide for networking and other functions.

On the Mills Street (east) side concrete has been poured for the south area well and some forms are in place for the north area well. On the University Avenue (north) side there is now a pit down to the sub-basement level and demolition equipment is operating from the bottom of the pit. The entirety of the wall that separates construction from the occupied part of the building is now exposed, in preparation for building the new tower right next to it. Steel beams in this area also have been covered with fire-protective material (blue in the photograph). Because this pit has limited space around it and is so deep it is impossible to put tape around the edge to warn against falls and still operate excavation machines. Consequently, construction workers have been told not to walk through the area: to get from the construction trailers to Mills St. construction workers use the temporary pedestrian walk along University Avenue like everyone else. The construction site is a very dangerous area—keep out of it!

This information is up-to-date as of Friday afternoon. Email bulletins will be provided as needed.