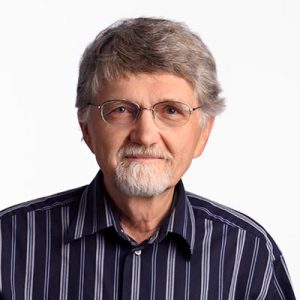 Professor Hans Reich died on May 1, 2020. Hans joined the faculty at the University of Wisconsin-Madison in 1970, establishing what soon became an internationally recognized research program in physical-organic chemistry.  Fittingly, Hans received the James Flack Norris Award in Physical-Organic Chemistry from the American Chemical Society in 2012.  He gave generously of his time, serving as chair of the organic chemistry division and associate chair of the chemistry department.  Drawing on materials developed for his exceptional graduate-level courses in organic chemistry, Hans curated a website of detailed, practical chemistry resources that is used by organic chemists around the world.  Hans was an exceptional mentor to students, department staff, and faculty colleagues.  He was universally respected for his good judgement and wise counsel. View his full obituary here.

My research effort has been directed toward the study of organometallic and organometalloid compounds with the goal of deepening our understanding of these materials and thus improve and extend their chemistry.

Most carbon-carbon bond forming processes involve the interaction of carbanionic centers with carbon electrophiles like carbonyl compounds, epoxides, aziridines, alkyl halides, activated alkenes and many others. Organolithium reagents are probably the single most important source of carbanionic species, both directly as well as indirectly as precursors to other organometallic reagents (Cu, B, Si, Sn, etc). They have long played an important role in synthetic organic chemistry, and a vast literature provides many complex recipes for preparing and utilizing them. However, the basis for much of what we do in the laboratory when we prepare and use lithium reagents is empirical rather than based on firm mechanistic and structural insights. We are trying to replace the “art” in the chemistry of these organometallic reagents with science.

Some of the reactivity issues we have been interested in are the following: What determines whether an organometallic reagent adds 1,2 or 1,4 to an α,β-unsaturated carbonyl compound? Why do lithium halides sometimes have such dramatic effects on organolithium reactions? What role does catalysis by lithium cation play in reactions? What intermediate species are formed during lithium-metalloid exchange reactions and transmetalations and what are their reactivities? What role do different organolithium aggregates play in the selectivity and reactivity of these reagents? How do coordinating solvents and co-solvents such as THF, TMEDA, HMPA, crown ethers and others play their important roles in fine tuning the stereochemistry and regiochemical selectivity of organolithium reagents? How do chelating appendages affect structure and reactivity? What factors influence the configurational stability of organolithium reagents?

The key to unraveling these complexities lies in understanding the organolithium reagents themselves. We perform extensive multinuclear variable temperature NMR studies of organolithium solutions to establish Li-C connectivity, aggregation state, and the dynamics of species interconversion as a function of solvent and solvent additive. These are combined with kinetic studies using a recently developed Rapid Injection NMR apparatus which allows determination of reaction rates on a time scale of seconds at temperatures as low as -135 C. This apparatus allowed some of the first accurate measurements of the reactivity of individual organolithium aggregates towards common electrophiles, as well as the reactivities of individual conformational isomers of an amide.