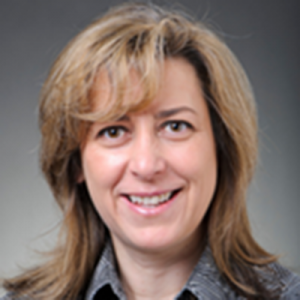 The teeth of sea urchins are among the most complicated structures in the natural world. They can grind rocks, and self-sharpen with use. We studied these fascinating biominerals, revealed their complex crystal arrangement, discovered how they co-orient all their nanocrystals, and how they self-sharpen with use. The inset in the image on the left shows the cross section of one tooth, which looks a bit like a mushroom. In the higher magnification image, you can appreciate the details of imbricated minerals: the elongated structures are plates (the rounded ones are fibers) and these both are entirely made of calcite. The space between fibers and plates is completely filled by high-Mg calcite nanoparticles 10 nm in size.

Nacre, or mother-of-pearl, is the layer at the inner surface of some mollusk shells and pearls (see image on the right). It has a fracture resistance 3000x greater than aragonite, the mineral of which it is composed. The toughening effect is due to well-defined nanolayers of organics at the interfaces between micro-tablets of aragonite.

Nacre formation is poorly understood at the molecular level, and this piqued our interest in this material, joining the interdisciplinary community of scientists around the world tackling this problem. It is our opinion that the key to nacre formation mechanisms lies at the organic-mineral interface. Understanding the role of that interface is thus pivotal to the development of new biomimetic materials. We desire to understand the fundamental mechanisms leading to the formation of these beautiful, extraordinarily efficient, self-assembling natural structures. We recently introduced a new imaging modality, termed Polarization-dependent Imaging Contrast (PIC) mapping, which is based onx-ray linear dichroism. PIC-mapping revealed that immediately adjacent stacks of co-oriented tablets are finite in height, have very different crystallographic c-axis orientations, and consequently the nacre growth direction cannot be identified with the c-axis. In the PIC-map displayed here 400-nm thick nacre tablets show dramatically different gray levels due to their differing c-axis orientations. The appearance of the columns also inspired new models for the formation mechanism of nacre. One of the most fascinating aspects of calcite biominerals is their intricate and curved morphology, quite different from the rhombohedral crystal habit of geologic calcite. These morphologies, as well as space-filling and greater resistance to fracture, are achieved via amorphous precursor mineral phases. We have shown that in sea urchin larval spicules two distinct phase transitions occur, 1→2 and 2→3. Both transitions are regulated by inhibiting proteins, which introduce activation barriers between states otherwise spontaneously transforming because they are energetically downhill.

Above: Cross-section of a spicule, freshly extracted from a 48-h sea urchin embryo, caught in the act of transforming from amorphous CaCO3 (R,G) to crystalline calcite (B), and imaged with XANES-PEEM spectromicroscopy. Notice the crystalline phase at the center, and the amorphous phases at the left and right edges of the spicule. Each pixel is 20 nm.