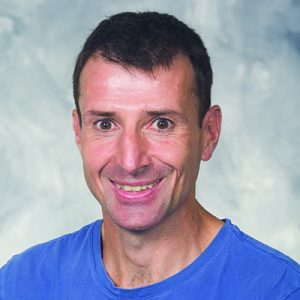 The research carried out in my laboratory is aimed at elucidating the geometric and electronic properties, and thus the reactivity, of metal centers in proteins and cofactors through combined spectroscopic and computational studies of key enzymatic states and synthetic inorganic model complexes. The spectroscopic techniques used in this research include electronic absorption, circular dichroism, magnetic circular dichroism, resonance Raman, and electron paramagnetic resonance. These experimental techniques are complemented by density functional theory and combined quantum mechanics/molecular mechanics electronic structure calculations to develop experimentally validated bonding descriptions. With this combined spectroscopic/computational approach we can selectively probe the geometric and electronic properties of catalytically active metal centers in proteins and model complexes and also explore the natures of catalytic intermediates that are inaccessible to structural studies using X-ray crystallography.

One area of research in my laboratory is devoted to the study of the known bio-organometallic cofactors, which include the enzymatically active forms of vitamin B12, adenosylcobalamin and methylcobalamin, and the Ni-containing F430 species. While structurally related to the well-characterized hemes, these cofactors employ macrocyclic ligands (termed corrin and hydrocorphin, respectively) that are substantially more reduced than the porphyrin ring, offering them considerably more conformational freedom. The mechanistic significance of this increased flexibility in the catalytic cycles of B12- and NiF430-dependent enzymes remains a subject of intense debate.

A second project pursued in my laboratory aims at exploring the geometric and electronic prerequisites for the high catalytic activities of Ni-, Fe- and Mn-dependent superoxide dismutases (SODs) that protect aerobic organisms from oxidative damage mediated by the superoxide radical anion. The Ni-dependent enzyme has only recently been isolated from some Streptomyces species, and X-ray crystallographic data have revealed that NiSOD is structurally unrelated to the other SODs. Conversely, the Fe- and MnSODs from E. coli possess virtually identical protein folds and active-site geometries; however, they are strictly metal specific. Though small differences in the second coordination spheres (comprising amino acid residues that are not directly bound to the active-site metal ion) do exist between these two enzymes, their relationship to this extraordinary metal-ion specificity remains incompletely understood.

A third major research focus of my laboratory is directed toward elucidating the electronic properties and catalytic mechanisms of enzymes possessing polynuclear NiFeS active-site clusters, including ACS and CODH that catalyze the reversible oxidation of CO to CO2 and the synthesis of acetyl-CoA from CO, CoA, and a methyl group, respectively. While high-resolution X-ray structures have recently been solved for CODH and bifunctional ACS/CODH enzymes, fundamental questions concerning the redox states, substrate binding sites, and the natures of catalytically relevant reaction intermediates of these highly elaborate polynuclear active sites have yet to be answered.