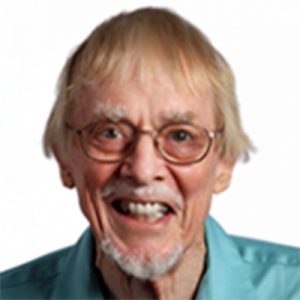 Research in this group is mainly devoted to compounds of silicon and germanium. We synthesize new and unusual types of compounds, and study their chemical bonding usng electronic spectroscopy, X-ray crystallography, NMR, EPR and muon spin resonance spectroscopy. In addition we are synthesizing organosilicon compounds as electrolytes for batteries and ultracapacitors, and silicon-containing drug molecules, especially for use as anticancer drugs.

1. Silylenes and germylenes, R2Si: and R2Ge:. These compounds are the silicon and germanium counterparts to carbenes, R2C:, and like carbenes they are usually intensely reactive and unstable. In our group we synthesized the first stable silylenes, 1 and 2. 1 is a 6-pi electron molecule, stabilized by aromatic resonance.

These compounds have opened up a new area of silicon chemistry. For example, here are two reactions leading to new classes of compounds: 2. Silicon-containing anticancer drugs. We are synthesizing analogs to known medicinal compounds, in which we introduce a silicon atom at a strategic point. The resulting substance has somewhat different properties from the original drug, and in some cases prove to be much more active. For example, addition of a silicon substitutent to the known antiinflammatory drug indomethacin, 3, produces “silamethacin”, 4 (n = 3, R = CH3). This sila-drug is much more selective and less toxic than 3. It also has highly promising anticancer activity, against pancreatic, ovarian and lung cancer cells. This and other sila-drugs from our laboratories are now being tested for their anticancer activity in mice. We are exploring many opportunities for silicon substitution into other drug molecules. 3. Polysiloxanes. In the polysiloxane polymers (silicones), the main chain consists of alternating silicon and oxygen atoms. The great flexibility of the silicon-oxygen bonds gives these polymers exceptional properties. The group has recently made polysiloxanes with oligo ethylene oxide side chains, which chelate to lithium ions and promote their transport through the polymer. For example: Dicomb polysiloxanes of this type show the highest lithium ion conductivity yet recorded for a polymeric electrolyte. We have started a company, Silatronix Inc., to to develop new polysiloxane electrolytes for the next generation of high energy density batteries.