Origins of the RNA-Protein World – Lost in Translation? 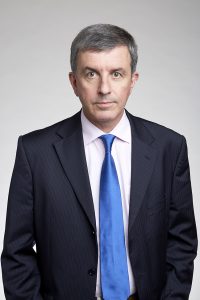 The RNA-protein double act at the heart of biology raises several intriguing origins questions that can be addressed by prebiotic chemistry. Beyond the obvious ‘which came first?’, one can also wonder about the extent to which chemistry shaped the process of translation according to the genetic code.

In this lecture I will describe some mixed hydrogen cyanide-hydrogen sulfide chemistry that produces nucleotides and amino acids. Some degree of control is necessary for this ‘cyanosulfidic’ chemistry to proceed most efficiently and ways in which environmental factors could exercise this control will be suggested. Synergies in the assembly of nucleotide and amino acid building blocks into higher order structures will then be discussed as will experimental hints of a previously proposed second genetic code. Finally it will be shown how the strength of codon-anticodon binding likely influenced the partial initial assignment of the primary genetic code.

Live Stream will be available at: go.wisc.edu/2022hilldalelecture