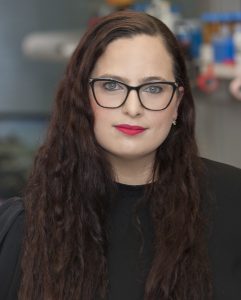 In order to sustain rapid proliferation and metastasis, cancer cells require more energy and genetic material than healthy somatic cells. Cancer cells thus utilize anaerobic glycolysis instead of oxidative phosphorylation as their major pathway to produce ATP (i.e., Warburg effect), which relies on heightened metabolic rates. As a result, these cells expose themselves to an array of harmful metabolites and metabolic byproducts that react non-enzymatically with nucleophilic moieties on proteins as well as nucleic acids. The half-life of histone proteins, that spool the DNA to form the eukaryotic chromatin, is among the longest in the cellular proteome, making them prime targets to accumulate non-enzymatic covalent modifications (NECMs). Importantly, histone proteins were shown to regulate chromatin structure and function primarily through post-translational modification to their disordered N-terminal regions, which are rich in lysines and arginines. Indeed, we have recently shown that non-enzymatic glycation is a pathophysiological modification that specifically accumulates on histones in metabolically abrogated cells such as cancer tumors. We further showed that histone glycation disrupts regulatory post-translational modifications as well as chromatin architecture. Additionally, we identified several potent regulator of histone glycation in vitro and in cells and define those as therapeutic targets. In my talk I will describe new chemical tools that we developed and how we applied them towards the identification and characterization of histones NECMs, which present a direct link between metabolism and cell fate through epigenetic mechanisms.