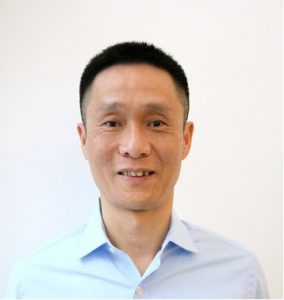 Over 150 types of post-transcriptional RNA modifications have been identified in all kingdoms of life. We have discovered the first two RNA demethylases, FTO and ALKBH5, which catalyze oxidative demethylation of the most prevalent modifications of mammalian messenger RNA (mRNA) and other nuclear RNA, N6-methyladenosine (m6A). These findings indicate that reversible RNA modification could impact biological regulation analogous to the well-known reversible DNA and histone chemical modifications. We have also characterized proteins that selectively recognize m6A-modified mRNA and affect the translation status and lifetime of the target mRNA, as well as molecular machines that deposit the m6A methylation on mRNA. Functional studies reveal m6A methylation as a critical mechanism to synchronize groups of transcripts for coordinated metabolism, translation, and decay, allowing timely and coordinated protein synthesis and transcriptome switching during cell differentiation and development. Misregulations of these processes lead to embryo lethality and human diseases such as cancer. I will present recent discoveries on m6A regulation of both transcription and post-transcription processes.